There are times it seems that life has a way of moving so quickly that one has to be in a state of continual running to keep up. It has only been two months roughly since “Cry of the Firebird” has been released and I feel like I haven’t stopped once. Time management is a writers best friend but even the best laid plans can fray apart at the edges.

At the moment I still have a 40 hour a week day job, I am trying to finish a degree, research a new book, ready another book for release (more on that in a bit), figure out marketing and do some freelance writing work on top of that. It is a juggling act that has a tendency to not leave a lot of spare time. I am trying to find a happy middle ground but it can certainly be a struggle some days.

Being a writer means a lot of time in front of a key board being a crazy shut in. Recently I have discovered a new kind of Zen in the form of running.

Let me be very clear here…I am not a natural runner or in any way athletic.

I am being generous when I use the term running, it’s more of a sweat soaked ambling with momentum, German Shepherd leading the way. I have two big dogs that need the exercise. My mastiff is an old man now so he comes for a few laps around a local paddock and decides he wants to go back to bed. My Shepherd is five and he needs more. When my brain has been turned to a gooey white noise mush Duke and I have been having adventures together.
Check him out…Handsome Devil isn’t he? For the moment I happen to live in one of the most ridiculously beautiful places in the world so it’s not great burden to go for a run where the road is enclosed in cool rainforest, stellar views and waterfalls. 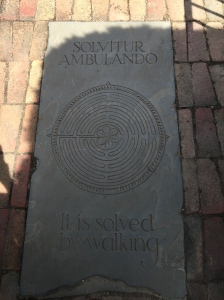 This has been doing me (and Duke) the world of good not only physically but in clearing my head. On our walks I have been unravelling plot problems, uni assignments are getting dissected, short story ideas being generated and the great big questions asked such as  “If I keep this workload up will I hit a wall or like the Flash reach a point that when the wall comes I will be able to pass through it without exploding into red mist?”  The good news is that there is no red mist yet. The theory of Solvitur Ambulando, it is solved by walking, is a practice that has merit and deserves cultivation. It is working and the wall (for the time being) is still a long way in the distance.

Another thing I am trying really hard not to do is feed my fears. It is the most destructive thing that anyone, not just writers, can do to themselves. I am approaching things at the moment with a bald faced cockiness that I don’t always feel but I think if I stop and question any of it I might turn into that quivering red mist. The biggest fear I have been refusing to feed at the present has been on waiting to hear back about my review from Kirkus. 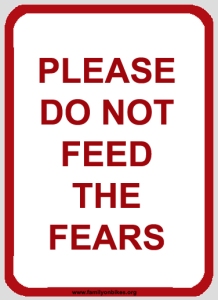 In the early stages of “Cry” I sent it to a manuscript reviewer. They picked it apart and did not hold back on their criticism. Some would argue that it is what I paid them for. I can’t disagree but at the time it was a heavy blow. I was determined to take the valid things that they said onboard and give the bird to everything else. I can look back now and say it was one of the best things I went through, it forced me to rewrite with a furious kind of “I will show you ALL” attitude. I liked where it took me and the story. This particular incident, and the having my guts torn out through my nose sensation, has remained very strongly with me.

Recently I knew that I had to face the fear of potential heavy criticism so I sent “Cry” to Kirkus because if I was going to send it to be reviewed it was going to be the biggest, scariest and most reputable company in the business. When I saw the email waiting for me from Kirkus on Friday morning I almost puked on my keyboard. I had five weeks of trying not to acknowledge a tense anxiety ball and then…the review it wasn’t bad. Fear conquered. They made comment on one of my characters dialogue being a bit clunky that I will take note to keep watch of, but over all it was a good review. I have always written my way and so have never really felt like I needed someone like a publisher or critic to legitimatise my work. But still, it was a good feeling to know that someone appreciated my beasts and the “new” things I am doing to try and carve my space in the genre.

If you are interested the full review can be found here. I’m sharing a page with my hero Neil Gaiman, which is kind of mind boggling for this fan girl to comprehend. It has an interesting kind of symmetry considering it was his short story “Chivalry” and it

s phoenix egg that got my mind asking the questions that turned into “Cry.” If anything was needed to make me feel like a legit writer than that was the moment.

I’m working on getting together my next release at the moment as well. It is called “The Eagle Key” and it will be released in the next month as an ebook. It is  not the next Firebird Fairytales but a fairytale for adults that I wrote in frenzied six weeks. It deserves its own blog post so in the mean time I am off to keep running and facing fears.