June is almost gone, and I’ve been flat out as usual. The blog unfortunately is the first thing that suffers but if I can get to it before the month is out I count it as a win.

Okay first up… ‘The Immortal City’ got a good review in Publishers Weekly this month. It’s a big deal for an writer and I couldn’t be more stoked about it. The review tally on NetGalley has passed 70 this week which continues to blow me away. The book has good energy around it and it’s keeping me on point and excited with the release (2 months, 25 days and 13 hrs to go).

It feels like every week something is happening that’s  super exciting and I’m trying hard to create a steady routine around work and writing. Its been a real learning experience this year, focusing on only completing the one book and managing the different pace. I’m really glad that I cleared everything else because book 3 has been challenging to write around everything else thats happening. I’m nudging 60k words and its growing together but it really has taken me since March to find a rhythm with it. I’m hoping to get the draft done by September so I can focus on promoting ‘The Immortal City’ without worrying about a word count. I read a really great article by Erin Morgenstern about the challenges of writing ‘The Starless Sea’ and creating a bubble to create freely in without external distractions and pressures. I’ve been feeling that pretty hard lately and so I’m focused on getting book 3 finished by September so I can have that bubble to write as honestly and clearly as I can in it. I’m giving it my everything and even in draft form, I know its the best thing I’ve written.

This month I’ve also been to see the new exhibit at the NGV here in Melbourne: Terracotta Warriors: Guardians of Immortality and Cai Guo -Qiang. It was freaking AMAZING. I knew I’d nerd out over the warriors but I was surprised how much I loved Cai Guo-Qiang pieces (made with gundpowder on silk!) so much so I ended up buying a print for my office and a warrior for my desk. Here are some photos, including me all clean and out of the writing cave.

Saturday was also the Winter Solstice here in Melbourne and I ventured out to Her Royal Majesty’s theatre and watched a production of Sondheim’s “Sweeney Todd” and had a blast! It’s one of my fave musicals and seeing it on stage was just incredible. 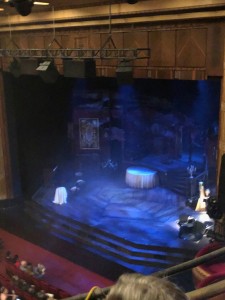 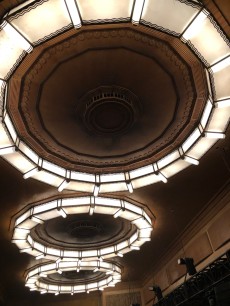 Apart from all that excitement, I’ve been reading some great books lately including: 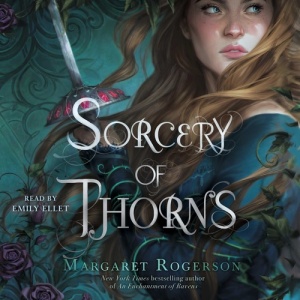 Margaret Rogersons ‘Sorcery of Thorns’…okay EVERYONE has been on my case to read Margaret Rogerson and I finally cleared my TBR to jump into this one…I mean, sorcerors and sentiant libraries? I couldn’t say no to that even if I wanted to. I’m so in love with Charlie Bowater that I couldn’t resist that cover either. I really enjoyed this one, it was the perfect feel good read for my scattered burned out writer brain. And yes..I DID go and download ‘Enchantment of Ravens’ onto my Kindle straight after. They are charming, warm fuzzy reads that I know I’ll return to for whenever I need a comfort read. I’m hopelessly in love with Thorn but I’m only human.

I’m also consuming all of Jennifer Armentrouts ‘Dark Elements’ series. Despite it being more YA than I’m really into, there’s enough going on out side of the school yard to keep me interested. The world building alone is so freaking good and as a 90’s kid who was obsessed with the animated ‘Gargoyles’ series you can pretty much put anything with a gargoyle in front of me and I’ll read it. Armentrout is usually a sure bet for me and its been perfect for a somewhat overloaded brain.

In other reads I’ve also just started ‘Djinn City’ by Saad  Z. Hossain  and have been laughing my ass off. It’s hilarous but also so clever its blowing my mind. It has, quite possibly, the BEST explanation for djinn magic I’ve ever seen. The world building, djinn society, the structure of it all, is seamless and perfect. I get so excited when I read something so good that I slow my pace right down just to appreciate it from a writer perspective as well as a reader.  I’m not done and I already am recommending it to every fantasy lover I know.

In gaming news, I’m still obsessed with Assassin’s Creed Odyssey DLC’s that they’ve been releasing. GUYS I’M IN THE UNDERWORLD. The next series I want to write is basically Greek Myth retellings and so my brain is melting everytime I get to sass Hades.  I mean….LOOK.  How  can  I  not  be  in  love.

There’s nothing else to tell except I’m now on Instagram. Twitter has never been a platform I’ve enjoyed so I’ve gone on a permanent hiatus over there and am focusing on Facebook and Instagram. I’m really enjoying the Instagram platform and it will hopefully be compatible for the videos I want to share come September of all the locations in ‘The Immortal City.’