I know, I know, it’s been ages. My life is chaos at the moment and unfortunately the first thing that gets neglected is the blog. 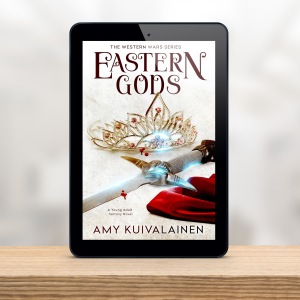 If you are interested you can pick it up world wide on Kindle. For those who are chasing paperbacks…they will be out in a few months. It’s also DRM free so you can convert it for all your devices if Kindle is not your jam.

I am currently working on the copy edits of the second book which you will hopefully see in the next month or so. It was originally meant to be one book but due to its final size (clocking in at a massive 170k words) I decided the best thing to do was split it into two.

OKAY. SO. I’ve been on a bit of a social media/ blog hiatus because I am on a dead line to finish the draft of my latest book by the end of August. I’ve been on a break from uni since February to really be able to give myself the time and care to it. It’s going to be massive. The research has been insane and even in its unpolished first draft format I am ridiculously in love with it. Think Da Vinci Code with Magic and Murder. It’s got some serious series potential but I will have to see how it goes with the end product. They are the kind of characters that deserve a special kind of devotion and care from me so they will always be more demanding to write. I haven’t pitched to a traditional publishing house in a really long time but I’m kind of considering it with this one. If the draft is completed in the next few weeks (I have about 25k left) and it has enough time to go through my editor, I might even consider #PitchWars in August.

I promise I’ll tell you all about it when I am done, I probably won’t be able to shut up about it.

I’ve been reading Deborah Harkness All Souls and holy shit you guys, expect a long fan girl blog about it when I am done. If you haven’t read it, please do, it’s next level.

If you haven’t seen Wonder Woman – Do it. It’s deserving of the hype. Like a lot of women I know I sat there a little weepy the whole time.

Okay, play nice while I am away everyone. Love one another, be kind to yourself, the world is scary enough. Check out Eastern Gods if you are after some epic fantasy.