THE MAGICIANS OF VENICE

The King’s Seal – The Magicians of Venice (Book 3) 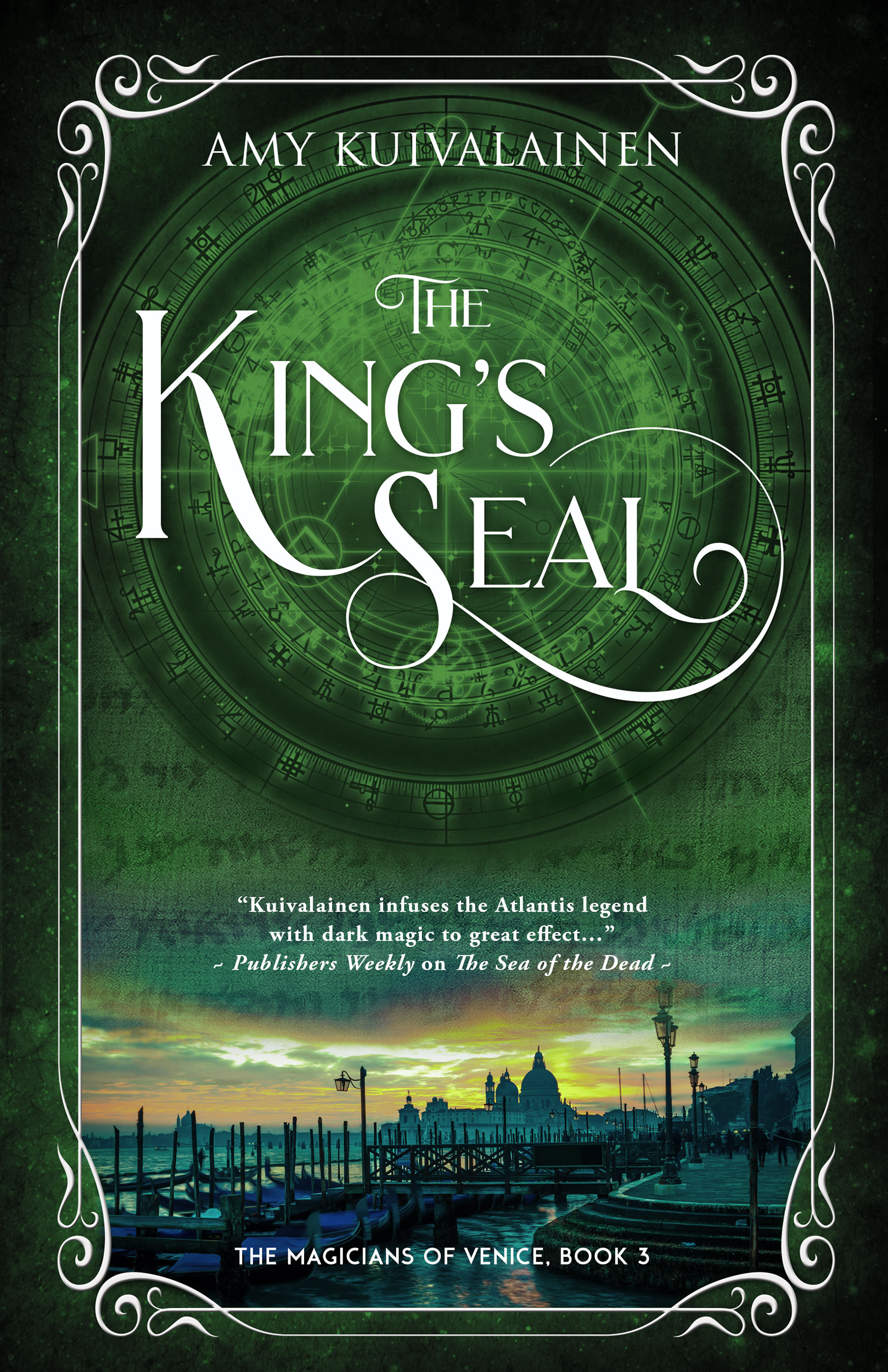 The search for the legendary ring of King Solomon has begun, and Penelope must sift through its long and convoluted history of lost emperors, crusaders, and other famous historical figures—including one with whom the magicians share their own complicated past— if she hopes to find it in time.

As Penelope’s magic continues to grow stronger with the coming high tide, she and Alexis will have to depend upon each other more than ever to keep everyone they care about safe from the continuing attacks by Thevetat’s priests.

When the magical high tide finally peaks, the long-awaited battle against Thevetat will begin, and Penelope, Alexis, and the magicians will have to rely on both powers of old and new if they hope to defeat their enemy once and for all.

The Sea of the Dead – The Magicians of Venice (Book 2)

The battle for Venice might be over, but the war is just beginning… Penelope’s and Alexis’s adventure continues in the second installment of The Magicians of Venice series.
Penelope has accepted her role as the new Archivist for the magicians, but with war brewing with the priests of Thevetat and the tide of magic on the rise, she’s going to have to learn her way around her new and dangerous world if she has any hope of outsmarting their enemies.
When Penelope’s friend and fellow archaeologist, Tim, uncovers a scroll containing a magical secret lost in the Dead Sea for two thousand years, Penelope and Alexis must travel to Israel to find him before Abaddon and Kreios get there first.
To defeat Thevetat and his followers, they’ll need to find a weapon capable of ending him for good, and as her old life collides with her new, Penelope will pay the ultimate price to keep the secrets of the magicians safe.
Check it out  here

The Immortal City – The Magicians of Venice (Book 1) 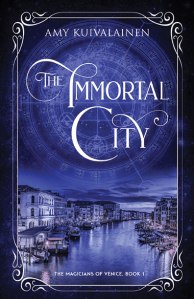 In the heart of Venice, a woman is sacrificed to a forgotten god, sparking a mystery lost for thousands of years.

Dr. Penelope Bryne is ridiculed by the academic community for her quest to find the remnants of Atlantis, but when an ancient and mysterious script is found at a murder site, she flies to Venice determined to help the police before the killer strikes again.

Penelope has spent her entire life trying to ignore the unexplainable and magical history of Atlantis, but when she meets the enigmatic Alexis Donato, everything she believes will be challenged. Little does she know, Alexis has spent the last three years doing his best to sabotage Penelope’s career so doesn’t learn the truth—Atlantis had seven magicians who survived, and who he has a duty to protect.

As Alexis draws her into the darkly, seductive world of magic and history, Penelope will have to use her heart as well as her head if she is to find the answers she seeks.

With the new MOSE system due to come online, and Carnivale exploding around them, Penelope and Alexis will have to work together to stop the killer and prevent dark magic from pulling Venice into the sea.

Check it out here

The Firebird Fairytale Universe has found a new home at BHC Press. This series is going to begin it’s re-launch in 2021.The Blood Lake Chronicles a spin off series in the same universe, will also be re-released through BHC Press.

Cry of the Firebird (Book 1)

Filled with magic, adventure, and mythology pulled deep from Russian and Finish folklore, Cry of the Firebird is a dark fantasy that dives deep into the world of magic, pitting those who would abuse it against those sworn to protect it.

A firebird is reborn on the borders of Russia, a gate to a world of monsters and magic is breaking, and only a reluctant, untrained shaman stands in the way of a flood of supernatural darkness…

Anya is still reeling from the death of her grandfather when a strange encounter with the Finnish God of the Dead changes her life forever: Her family has been guarding the gates to the Russian otherworld on their farm for centuries, and she’s the new gatekeeper. Worse, if she doesn’t awaken her magical abilities and assume her new role, the gate will break, unleashing a flood of monsters and dark gods into their world.

As Anya struggles to make sense of her changing world, she can’t deny the strange encounters. She’ll need to accept her fate and work with the legendary firebird if she hopes to survive—and protect humanity.

In a fantasy future, magic has replaced technology and Venice is once again the center of a powerful empire, but everything is not as serene in the new republic as it seems.

Stella is an unregistered magic-user, and a creator of tarot decks, two things that are illegal when they go together. She’ll do anything to protect her secret, even ignore the attentions of the winged lion shifter prince, Dom Aladoro.

Dom knows power and what people will do to get it. As the heir of the most prominent shifter family in Venice, and a member of the Council of Ten, his life is one of wealth, privilege, and any woman he wants…except for one that he met by chance at Carnevale and who has spent the last eight months ghosting him.

When Dom stumbles across a fight in the dark streets of San Marco, he has no idea he is about to come face to face with his mystery woman. Stella convinces him to help her search for her missing friend, but they are going to have to work together, and ignore their growing feelings for each other, if they going to find out who is behind the abductions.

From glittering palazzos to dockside brothels, their search will take them into the dark heart of Venice, where money and power has always made the rules, and the price of life comes cheap to those who are only interested in profit.

Check it out here!

Melbourne’s magic is broken, and it’s going to take a cursed saint, a surly sorcerer, and a hell of a miracle to fix.

Born into a family of cursed saints, Mara Corvo has never met a heart ache she couldn’t heal. The price she pays for such a gift is that no one can remember her afterward…except for a drunk sorcerer that should never have been able to find her tea shop to begin with.

Augustus Vance has lived with his failure for over a century. In his effort to stop a rogue sorcerer, he killed the woman he loved, and left a hole in Melbourne’s magic that he’s never been able to fix. When a chance encounter accidentally lands him in Mara’s store, he has his first dangerous dose of hope in decades.

If the women of the Corvo family have one golden rule, it’s to stay the hell away from sorcerers, and yet there’s a wild, dangerous magic in play that keeps bringing Augustus to Mara’s door.

Only together can they heal the hole in magic, and maybe with a big enough miracle, they might even be able to heal each other.

‘Sorcerers and Saints’ is a new fantasy romance for readers who loved ‘The Night Circus,’ ‘Chocolat,’ and ‘The Invisible Life of Addie LaRue.’

Check it out here!

This site uses Akismet to reduce spam. Learn how your comment data is processed.